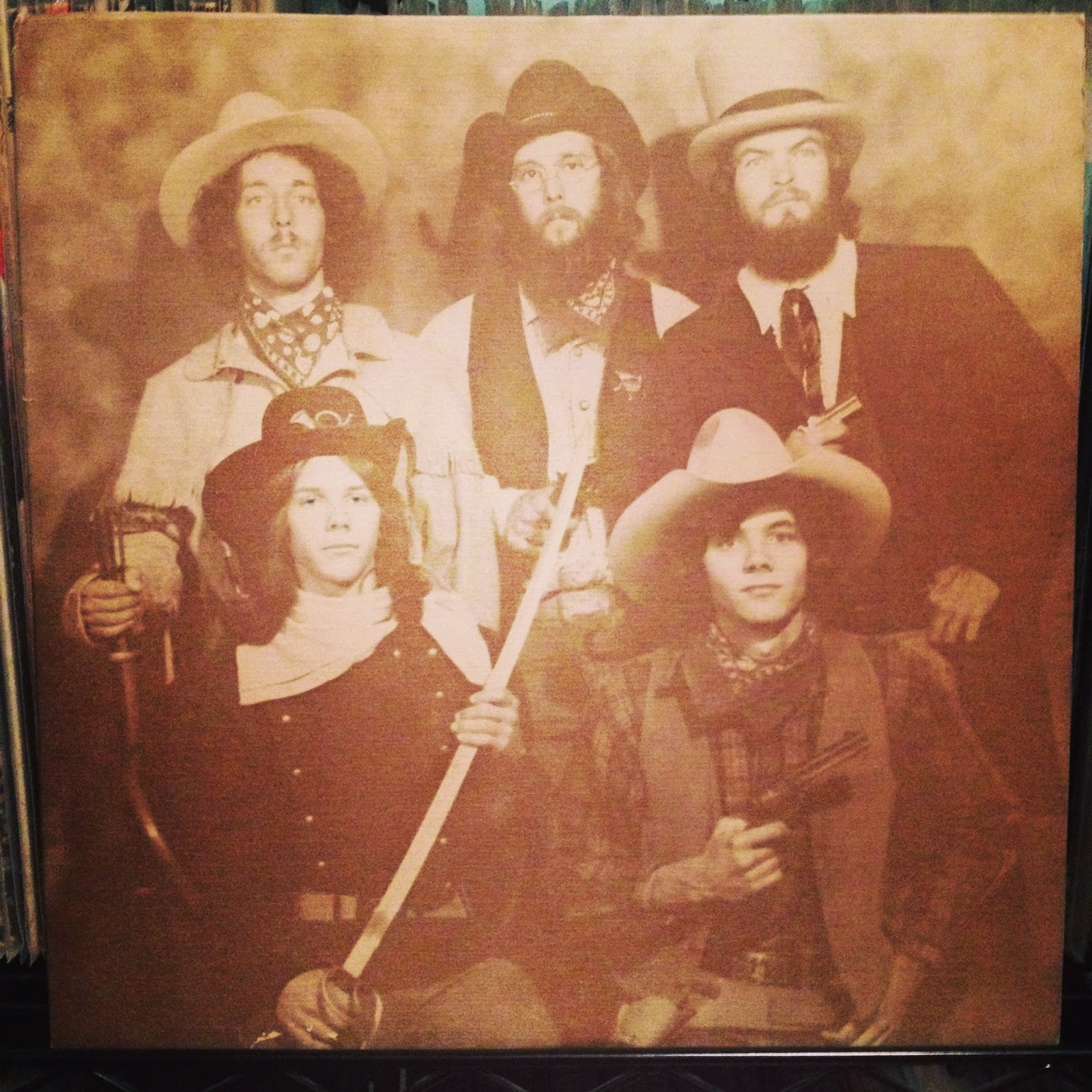 I spotted this at a Salvation Army and the awful cover photo just screamed private press.  An old-timey, sepia-toned, portrait shot that looks like it was done at Worlds of Fun (for those of you not familiar to KC, Worlds of Fun is an amusement park owned by the Hunt family, it's kind of hokey, but fun).  Picked it up and discovered these bad-asses are from Overland Park, KS, so I took it home.

When I first put it on the turntable, I expected country, I just didn't expect to be all that enjoyable.  I figured guys from the suburb of Overland Park would be highly influenced by the Nashville country-pop sound, y'know, loads of sentimental, hard-luck, ballads.  A bunch of shitty studio effects and a bunch of filler.  Instead, it's a roots driven and weighted in traditional country.

To be sure, there are the hokey and hillbilly moments, the instrumental "Buffalo Chips" comes to mind for using a kazoo.  Overall though, traditional instruments and no pretension.  It's a very homespun LP and while it contains some hoe-down moments better suited for live shows, solid harmonies and songwriting.  In addition, there's a cover of the Beatles "With a Little Help From My Friends," and an even better cover of Dylan's, "You Ain't Goin' Nowhere," simlar to the version that showed up on the Byrd's Sweetheart LP.

It's a surprisingly good album.  These were guys weren't rebelling against the Nashville sound, but they weren't following it rules, either (didn't have to in Kansas).  It's not an "outlaw" or "rebel" album, but it's certainly rooted in traditional country, coming close to the 'Newgrass' scene that was growing throughout the 70's.  Later, the band would make an 8 hour drive to Nashville to record an album that disregards everything enjoyable about this album, but I'll get to that at another time.

http://www.riverrockkc.com/
Posted by Unknown at 8:44 PM