Josh Berwanger Oh Bis! B/W Back of My Hand Too Much Rock 2014 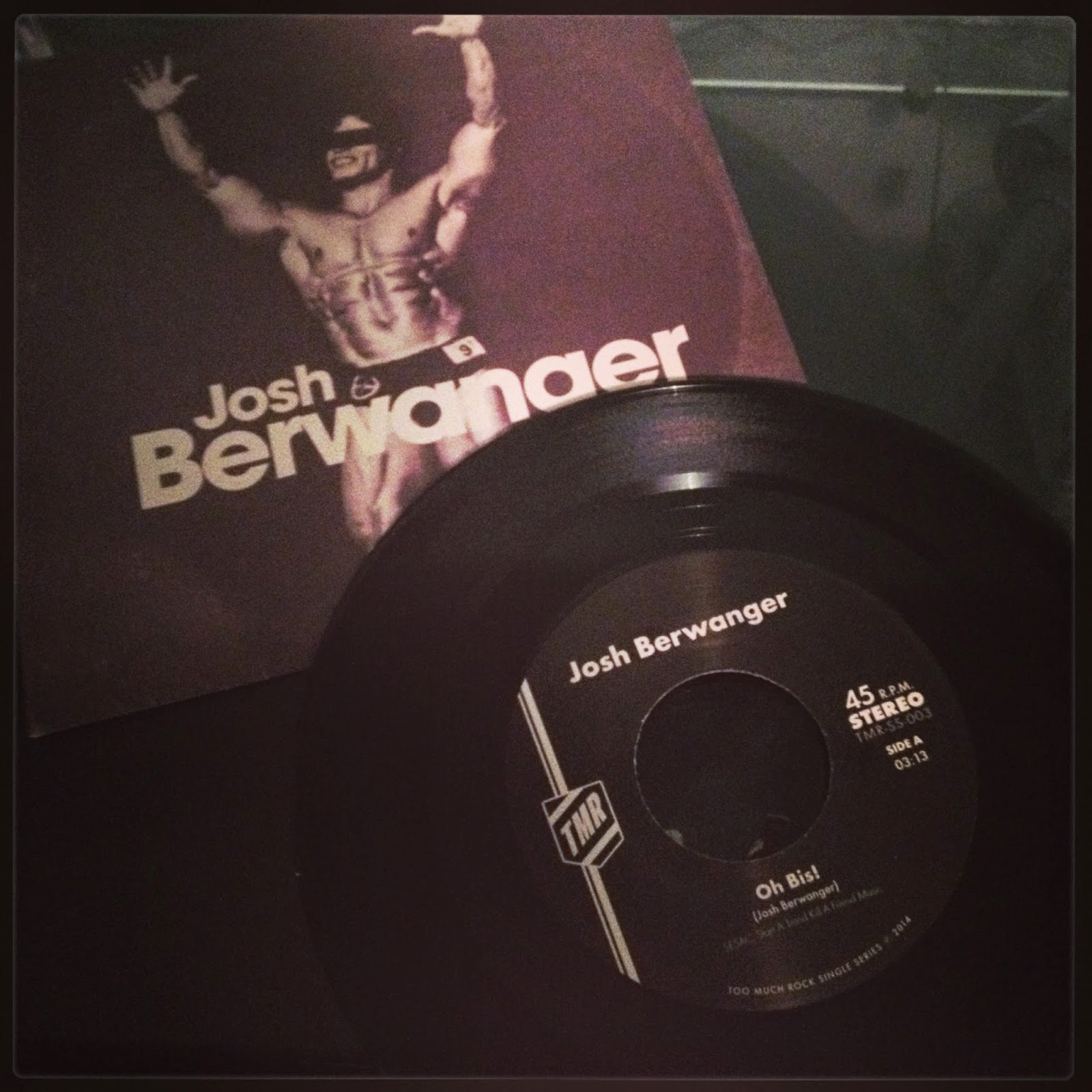 The transformation is complete.  Josh Berwanger has gone form Blue Valley teenage hipster, to emo heartthrob, to retro rocker, to a power pop craftsmen.  This is the third in Sid Sowder's Too Much Rock series and will be released on June 3rd, 2014.  There will be a party June 5th, 2014 at Mills Records in Westport.  You should go.  I'm probably not gonna go...don't want to be the weird, old, fat belly, looking awkward and shit.

So yeah, Berwanger's power pop stick is growing on me.  Moments on his solo LP are brilliant, but the LP wasn't completely drenched in big hooks and jangly guitars.  His original tune on this 7", "Oh Bis!", is nothing but power pop, clocking under 3 minutes of actual song before Berwanger goes into a short roller-hockey story about the song's title.  There's woo-hooing, oohhs and aahhs on the chorus, and it's about getting the girl.  It's so power pop it comes off a bit formulaic, but, all is forgiven since Cheap Trick stopped writing good songs in the 80's and the most great power pop groups disbanded prior to the end of the 1970's.

As with all releases in the series, Too Much Rock selects a song to cover on the flip side.  Berwanger gets the Jags "Back of My Hand", which is an obscure track to most Stateside, but was a hit in the band's home of England.  Berwanger's version is solid.  The Jags were a little too clean and sharp versus American bands of the same era like the Nerves or the Real Kids.  I had an issue with the singer's affliction and the band's slick production.  Berwanger's breathy vocals and hurried production do the song a favor.  Also, love the use of female backing vocals rather than dual tracking dude's vocals to perfection (kind of the auto-tune of it's time wasn't it?).  Further, big fan of the acoustic guitar break, it's a nice touch.

Oh, and I'm not going to talk about the cover...I don't get it, but whatever, I guess it's supposed to be funny?

UPDATE: Apparently there is a limited run of color variants that will be available for this release, my guess would be at Mills Records show.  109 colored 7"s in blue, green, purple and what appears to be a Coke Bottle clear.  Also, the cover I don't get...  It's done by Jay Shaw, an artist who does alternate movie posters...I get it now.

Check out the Tune, Too Much Rock.com
Posted by Unknown at 8:47 PM